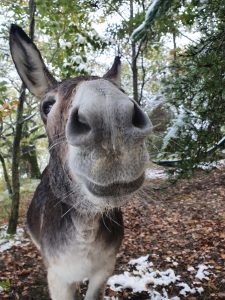 I am the oldest Muskateer. I was about 3 when saved from the Butcher.

Because we were saved, we do not have a birthday because no-one filled in our registration forms so we were not even known to exist.

When the Vet came to see us at our new home, Les Beaux Chenes, she filled in the official paperwork and stated a birthday of 1st June 2013. So, that makes my star sign Gemini.

Because I am the oldest, I have always had to be responsible for my younger brothers. We were very scared and had no idea what would happen to us. My youngest brother, Aramis, was taken from Mum too early and so he has always depended on me.

I take my job as the Boss very seriously and spend most of my time looking after everyone, although I sometimes have to push my second brother into place. He is only a year younger than me and so we fight sometimes!

I am especially bonded to Aramis, although I am also very close to Atos and also Bamako. Increasingly, I am now also looking out for Anissou (who mistakenly thought she was in charge when she arrived!) and Dobble.

I have to admit that I am quite greedy and as the boss, I try to eat as much and as fast as I can! The others say I am too fat but I can’t see that myself.

I am quite shy and spend a lot of time worrying but I am just the best to walk on a lead with a human! I am quite shy of men but I do really love children very much. I am definitely the fastest walker, so I can’t be too fat, can I? 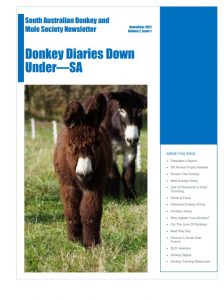